The Circle is proud to work in partnership with the Nonceba Family Counselling Centre in Khayelitsha South Africa.

The Nonceba Family Counselling Centre is located in Khayelitsha, a township just outside Cape Town. Khayelitsha is the largest township in the Western Cape province and has a high level of overcrowding and poverty. For years, unemployment and crime rates have been high, particularly around violence against women and children with limited services available.

Nonceba provides a vital lifeline for women in crisis. It brings sanctuary and support to women fleeing the horror of abuse, violence, and homelessness. Women, often with young children, are given a safe place to live with access to counselling, new skills, and the unique support of female friendship. Nonceba gives women, and their children, a chance to escape violence and abuse, and the belief in a new beginning. We want to ensure that the women at Nonceba can remain as long as they need, so they leave completely confident and with the skills and ability to live an independent life.

Watch this moving film by Annie Lennox about the power of Nonceba and one of the women it supports. 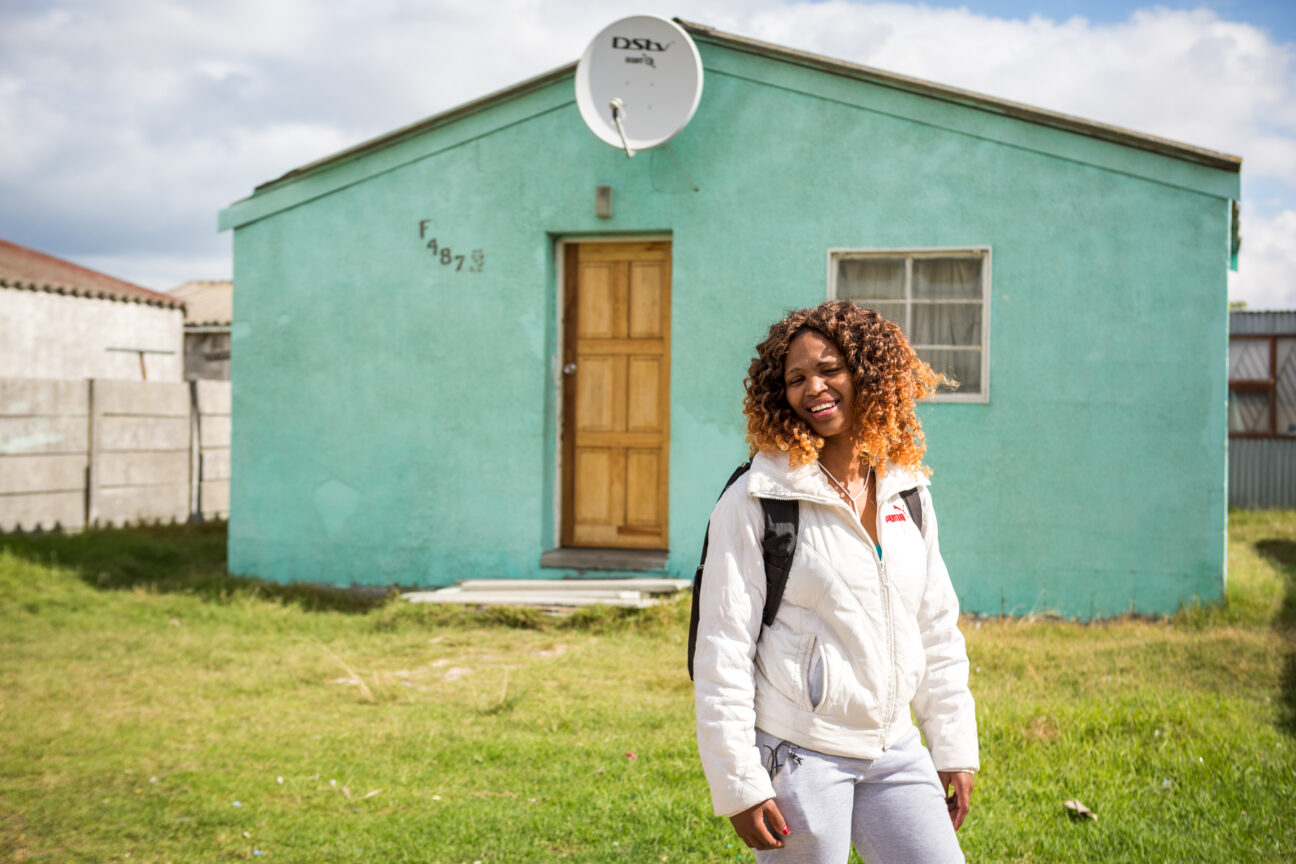 In South Africa 7 women are killed every day.

They advise me and help me think about what to do with my life. They teach me how to plan. I feel safe for the first time after the abuse I experienced at the hands of the father of my children.

YOUR DONATIONS MAKE A HUGE DIFFERENCE