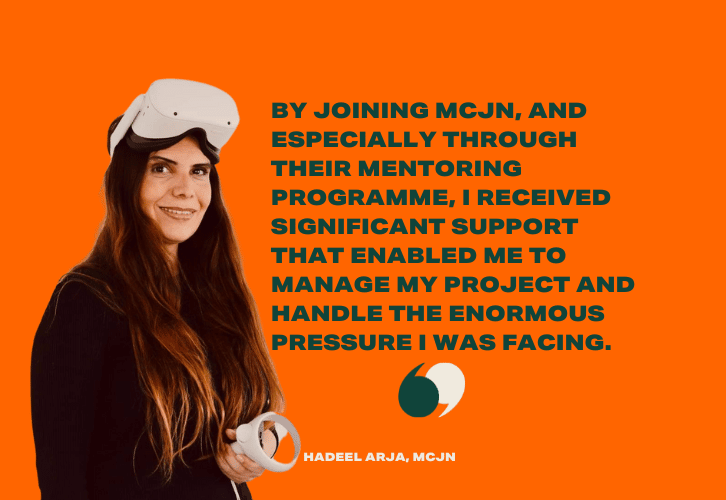 Your donations support our project partner, The Marie Colvin Journalists’ Network (MCJN). They provide mentoring, psychological support, training opportunities and digital resources in Arabic and English to female journalists from across the Arab region. Meet Hadeel Arja, a Syrian member of MCJN, who talks about the invaluable mentoring MCJN provided to help her launch her media project ‘Tiny Hand’ which brings children’s stories from war zones to new audiences.

“Resigning from a job that gives you a monthly income and financial stability to start a new project is not an easy undertaking. A few years ago, I resigned from my position as the head of reporters at HuffPost Arabic and started working on my own project, Tiny Hand (‘Every Tiny Hand Tells A Story’). Tiny Hand provides a new perspective, covering children’s stories in war zones using the most advanced technology for interactive stories that can reach the biggest audience possible in English and Arabic.

Starting this new project wasn’t easy. Early in my journey, I met Dima Hamdan (MCJN Editor & Manager) at an online conference during COVID lockdown. When Dima told me about the Marie Colvin Journalists’ Network, I was very excited to join an organisation that would support and energise me. I needed to have a sense that I was not alone on this journey, especially in the beginning when I was having lots of doubts about whether I was on the right path or not. Was I missing out on other opportunities while working on this project? Was I going to be successful?

But by joining MCJN, and especially through their mentoring programme, I received significant support that enabled me to manage my project and handle the enormous pressure that I was facing. Thanks to my MCJN mentor, I was also able to do an investigative story about children who had been raped in northern Syria as she provided the appropriate environment to make the story possible.

MCJN also gave me access to their workshops which was of significant help. Most recently, I attended a workshop on documentary film production which came at a critical time since we (Tiny Hand) are working on one now.

The last few years have been full of achievements for Tiny Hand. We won a Google News Initiative award which helped us kickstart our VR/AR media production stories about war children. We also secured a place on the IJNET Arabic mentoring programme in 2020-21, won an ‘Honourable Mention’ in the Sunhak Peace Motion Graphics Competition, and produced a short film with Save the Children marking the 10th anniversary of the Syrian conflict. We’ve also recently been awarded a Digital Transformation Grant from the Asfari Foundation, having first spotted the opportunity in a MCJN bulletin.

The last thing I want to mention is that a few months ago, Tiny Hand was longlisted for the One World Media Special Award and I only found this out by accident when I read the news on MCJN’s social media accounts! It always feels like MCJN is proud of our work and shares good news and provides support whenever needed.

I’m so proud to be a member of the Marie Colvin Journalists’ Network and happy that MCJN has accompanied me through my small journey.” 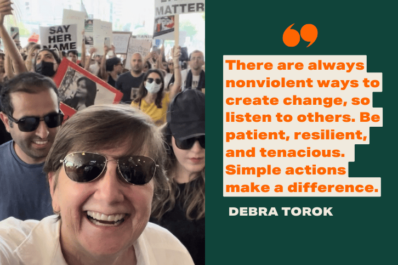 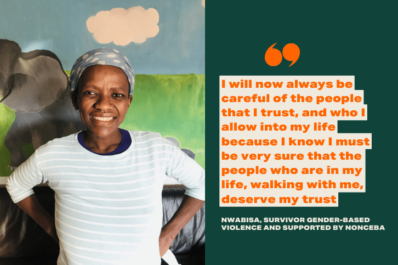 Your support and solidarity brought funding, resources, skills, and sanctuary, to some of the most vulnerable and marginalised women in need....